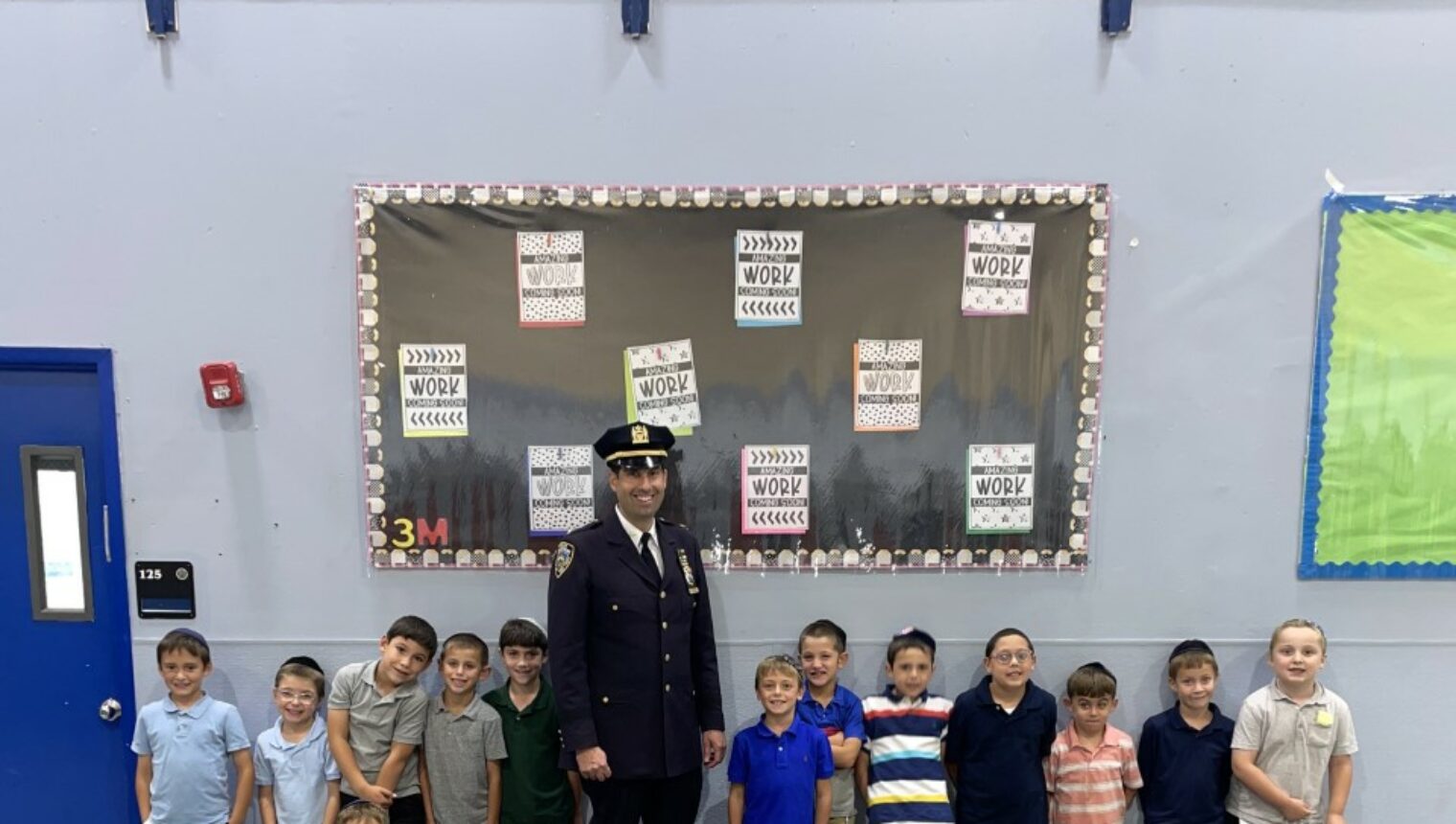 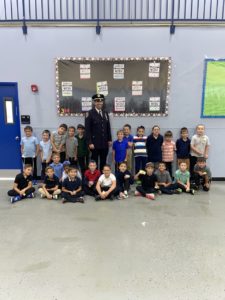 Mrs. Sebag’s second grade class at YOSS learned about the terrible events that took place on September 11, 2001.  They spent time remembering the day and honoring its heroes.  They read the book Fireboat, written by Maira Kalman, which tells the true story of the John J Harvey, a decommissioned 1930’s fire boat that went back into action on that day and was used to save lives and put out the fires at the site where the buildings collapsed.  The class was then visited by the renowned Inspector Richie Taylor.  Inspector Taylor is the highest ranking frum police officer in the New York Police Department.  He spoke to the class about being an orthodox Jewish police officer and specifically about the role he played as an EMT on the scene during 9/11.  The boys found his stories to be fascinating and tremendously moving. The boys then wrote letters to first responders and members of the military, thanking them for their brave service to our country and for keeping us safe.  Although these second-grade boys are not old enough to remember the events of September 11th, the lessons learned in Mrs. Sebag’s class, as well as their first hand interaction with Inspector Taylor will be etched into their memories forever.